A native of Philadelphia PA, Minister Frann was born to Edith and the late Lawrence Nutter. Educated in the Philadelphia School system Minister Frann graduated from The Philadelphia High School for Girls and continued her studies at Delaware State University in Dover, DE where in 1987 she was awarded a Bachelor's Degree in Business Administration.
Minister Frann has also earned a Master of Education-Psychology from Temple University and a Master of Divinity and Leadership from Biblical Theological Seminary in Hatfield PA. She received certification as a Biblical Counselor through Christian Research and Development (CRD) as well a Certificate in Youth Theology and Culture from Princeton Theological Seminary.
Minister Frann was licensed to the Gospel Ministry on May 9, 2003 at Triumph Baptist Church in Philadelphia PA under the leadership of the Rev. James S. Hall Jr. In 2007 Minister Frann became a member of Haven Peniel United Methodist Church in Philadelphia PA where she serves as a Christ Servant Minister and Director of Christian Education. She is in the process of Ordination in the Order of Deacon in the United Methodist Church. She is establishing a ministry for young women called “Girl Arise!” and also works with the young woman at the UMW’s “Girls on the Go!” every year.
She serves students at Eastern University as the Director of Multicultural Recruitment and Mentoring. She teaches at the University incorporating the areas of Faith, Reason and Justice. In this role she is committed to mounting, dismounting and carrying out the mandate of insuring that the university resembles the Kingdom, complete with many different hues and races. Recruiting in the inner cities and surrounding suburbs has helped to attract many students which helps Eastern fulfill the mandate of promoting Faith, Reason and Justice. Minister Frann enjoys distance running and encourages an overall fit life…mind, body and spirit.
Minister Frann and her husband Anum K. Mawusi reside in Philadelphia, PA where they have shared in the parenting of three daughters.
Minister Frann’s life scripture is John 3:30 “He must increase, but I must decrease.” as it is an honor and privilege to serve God through teaching and preaching the Gospel.
Speaking At
Navigating the First Year of College as a Multicultural Student 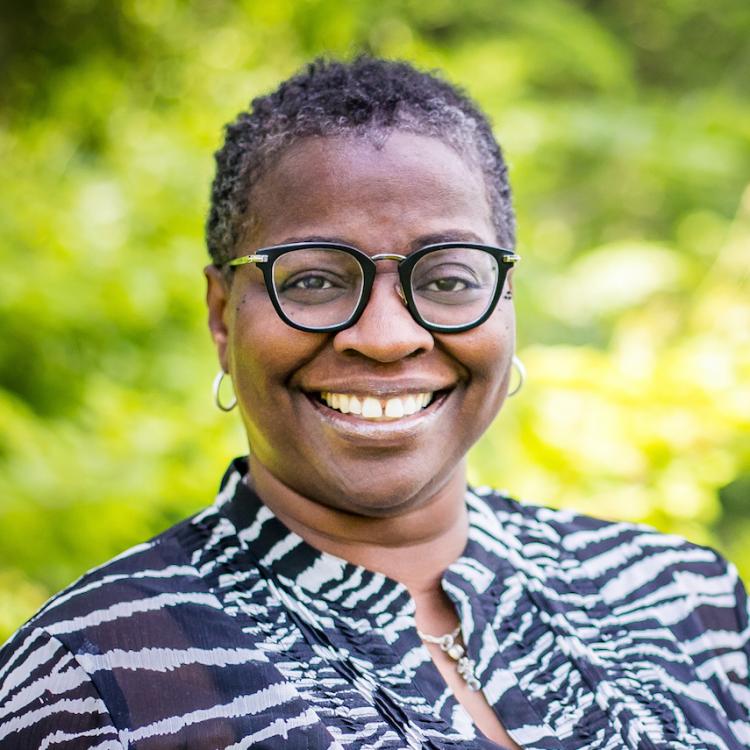